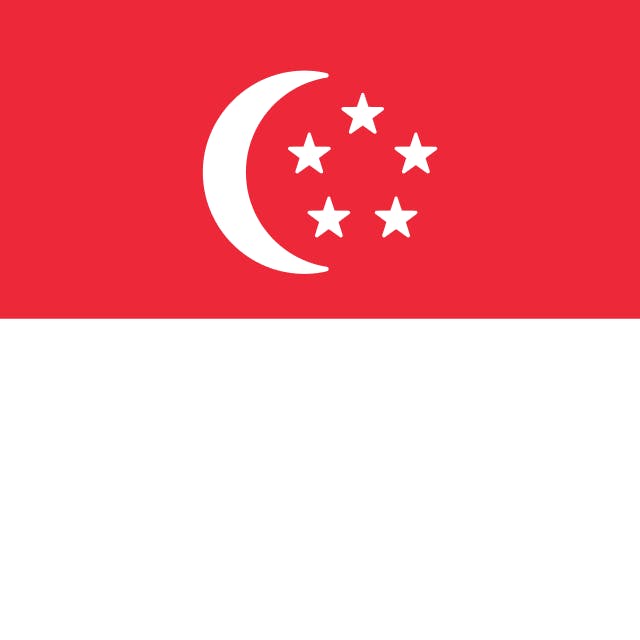 Register your company in Hong Kong with Statrys 7 Benefits of Opening a Company in Singapore

For investors and entrepreneurs looking to grow their brand internationally, Singapore represents one of the most lucrative markets in the world.

The city-state provides a business-friendly regulatory environment, highly skilled local workforce, and enforcement of intellectual property rights. These factors, plus many more, have seen Singapore’s GDP growth among the world’s highest, at an average of 7.7%.

With a robust economy, attractive tax system, and ease of incorporation and operation, Singapore has rightfully gained a reputation as one of the “Four Little Dragons of Asia”.

This guide outlines the myriad benefits that Singapore offers to both new and established businesses. Here’s why you should incorporate a company in Singapore:

Located close to economic superpowers like China and Japan — and emerging markets like Indonesia — Singapore is nestled in the heart of South-East Asia.

In the city-state’s capital Changi, the Changi International Airport serves more than 80 international airlines and connects to 330+ cities throughout the world. Catering to around 20 million passengers every year, travelers can quickly and conveniently reach most Asia-Pacific destinations in a matter of hours.

In addition to the high magnitude of domestic flights, Changi International Airport hosts many of the world’s leading logistics firms, such as FedEx and UPS. It’s also worth highlighting that the World Bank’s Logistics Performance Index (which is a worldwide survey of express carriers and global freight forwarders) rated Singapore as Asia’s number one location for logistics performance.

Singapore’s seaport infrastructure also offers 200+ shipping lines, with links to around 600 ports in 123 countries. As one of the busiest container ports in the world, the Port of Singapore sees 20% of the world’s transshipment trade (or 1.15 billion gross tonnes) pass through its docks every year.

Anyone who has visited Singapore can testify that the city-state has astonishing infrastructure. This includes its commercial buildings, internet infrastructure, airport, highway systems, subway, and public parks.

Moreover, Singapore has experienced marked advances in its technological infrastructure and the agility of its firms. As a regional digital hub, it has also seen steady progress in capital availability and support of regulation for technological development.

In findings published in the 2012 Quality of Living Survey by Mercer Human Resources, Singapore ranks as Asia’s number one location in terms of infrastructure. In addition, the IMD: World Digital Competitiveness Ranking 2019 lists Singapore as number two in terms of the world’s most digitally competitive economies.

With the majority of Singapore’s infrastructure being developed over the past 10 years, its modern design has the capabilities to meet the growing demands of businesses. It offers state-of-the-art port facilities — and the second busiest port in the world — as well as excellent air connectivity to global destinations, most notably the emerging Asia-Pacific markets.

Singapore is renowned for its established free-market economy that is fuelled by trade, manufacturing, and finance. With services accounting for approximately 80% of Singapore’s GDP, the city-state maintains an extremely low unemployment rate and low inflation.

Despite its small domestic market, Singapore is regarded as one of the most stable economies in the world. Driven largely by exports in machinery and electronics manufacturing, alongside financial services, Singapore has high government revenue, no foreign debt, and year upon year positive surplus.

Today, Singapore has amassed an economy that the World Economic Forum ranks as the most open in the world. The country’s gross national savings are close to 50% of its GDP, and with exports of around S$500 billion per annum, Singapore’s trade to GDP ratio is among the highest in the globe. These factors have seen Singapore become a hub for innovation, entrepreneurship, and wealth management.

Singapore is regarded as having one the most competitive tax structures in the world, with the highest corporate tax rate on taxable income being 17%. In addition, Singapore charges one of the world’s lowest value-added tax rates.

There is no tax on capital gains, and income tax is levied on locally generated income. Income earned by the foreign subsidies of these companies is also exempt from tax — thus attracting many entities wishing to form holding companies.

With a tiered tax system for personal and corporate taxes, all Singapore resident companies are eligible for partial tax exemption. This translates to a typical tax rate of 8.5% on taxable income of up to S$300,000 per annum.

Singapore also has a widespread network of Avoidance of Double Taxation Agreements (DTAs) with 62 countries, as well as investment protection agreements with most countries throughout the world. DTAs ensure that economic transactions between Singapore and a treaty nation are not affected by double taxation.

The Singapore government provides a host of grants, funding, and subsidies for local and international startups. These include initiatives like Startup SG Tech, the Enterprise Development Grant, and EDB Singapore’s Innovation, R&D, and Capability Development — which help to subsidize labor costs and enhance the scope of business operation.

With an emerging culture of entrepreneurship, Singapore’s business infrastructure is innovative and startup-friendly. Moreover, the country’s investment in startups ranks second in Asia, with an internationally recognized tech community that now rivals Silicon Valley in terms of startup talent.

Consistently topping the World Bank’s Ease of Doing Business Report, Singapore is highly-regarded as a triple-A rated economy and a stable location for international expansion. This is particularly evident in the areas of international trade, investor protection, construction permits, and insolvency resolution.

Equal opportunities are also afforded to local and overseas firms, with transparent economic and regulatory policies that are backed by a pro-business government.

Singapore’s sustained growth is the result of its ease of doing business; its openness to global capital and technology, support for free-market competition, and investment-friendly policies. These factors not only make Singapore an internationally connected business center but a thriving modern and multicultural society.

As one of the world’s most bureaucracy-free markets, it’s possible to open a company in Singapore with a minimum of one shareholder, one director, one local company secretary, a local address, and a share capital of just $1.

In most circumstances, it takes less than three days to incorporate a company in Singapore (subject to compliance approval), which is fully computerized by Singapore’s Accounting and Corporate Regulatory Authority (ACRA).

The process for incorporating a new business in Singapore can be summarized in three steps: Choosing a business entity, setting up a company (which includes a Company Constitution and signed Consent to Act as Director and Consent to Act as Company Secretary), and opening a bank account.

While multiple options are available, most new companies register with ACRA as ‘private limited companies’ due to its salability. A company is then recognized as a taxable entity, and shareholders are not liable for losses or debts beyond their share capital.

Newly-incorporated Singapore companies can acquire a business profile from ACRA. This electronic report details information including a business’ registration number and registration date and is required to open a corporate bank account and apply for permits and licenses.

As a global hub for technological innovation and financial services, Singapore attracts thousands of investors and entrepreneurs to its shores every year.

With its strategic geographical location, high-performing economy, and widespread support for startups — including lucrative tax incentives — It makes sense that people are choosing to incorporate their companies in Singapore.

If you’re opening a company in Singapore, you need a reliable, cost-effective means for collecting and sending payments; you need Statrys.

We provide international financial services to businesses of all sizes and across all industry verticals. This includes non-bank business accounts, local currency accounts, and forex services - including spot and forward contracts.